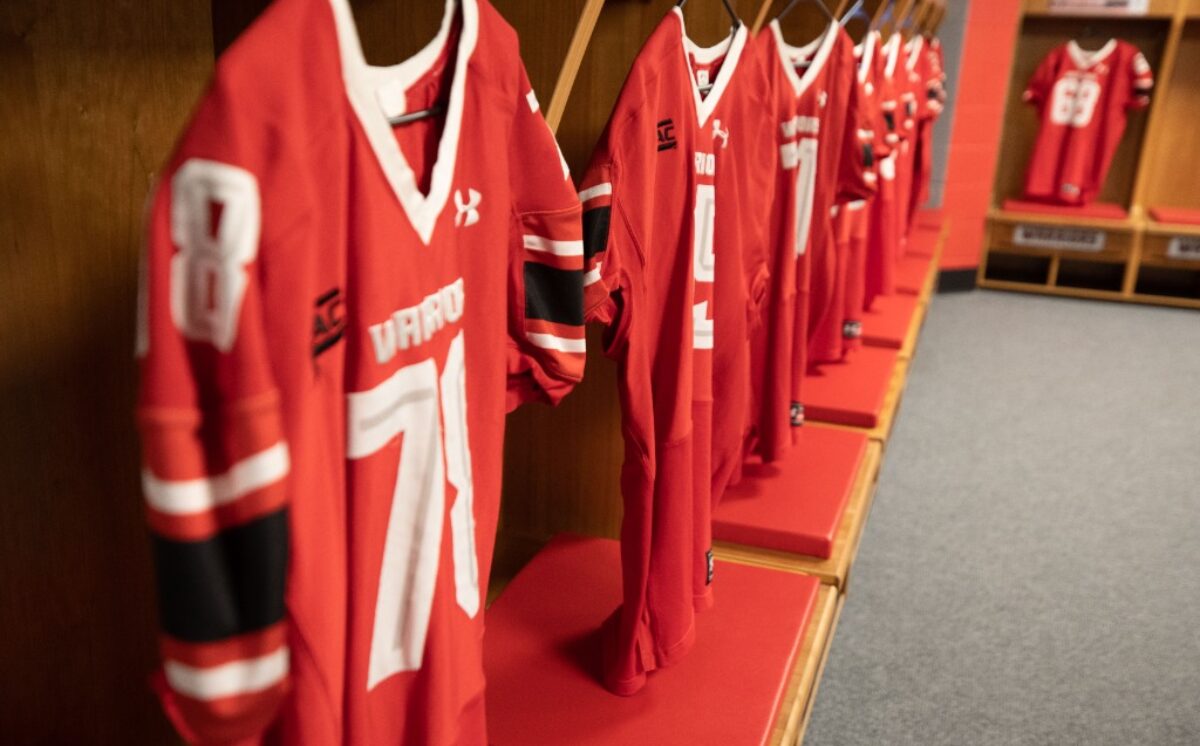 Outdated locker room was cramped, outdated, and a potential health and safety hazard for players.

In 2020, East Stroudsburg University launched the You WIN In The Locker Room First campaign to raise $750,000 to renovate the football program’s locker room. By the six-month mark, more than 200 former ESU football players from every generation since the 1960s had donated, and the campaign surpassed its goal, ultimately raising $860,000. ESU brought in Legends Lockers to revitalize the space with modern lockers and amenities that pay homage to the school’s rich athletic history.

ESU’s former locker room had been home to the football program since 1968. Though it saw some minor upgrades over the years, including a locker renovation in 1991, three decades took their toll. All of the 1991 lockers were worn and rusted, and several were broken beyond repair.

The old locker room was too small to accommodate the school’s 90-player roster as well as coaches and other team personnel, and the room’s single entry/exit point posed a potential hazard in the event of an emergency evacuation. The space also lacked privacy and the old drying room was another potential health and safety concern.

With campaign funds in hand, ESU wanted to pay homage to the school’s esteemed Hall of Fame Coach Jack Gregory. Fundraisers and alumni envisioned the Jack Gregory Memorial Football Locker Room as a welcoming, comfortable space for players that offers modern amenities as well as a nod to the program’s rich athletic history.

The new locker room is safer and more comfortable with an exciting style that marries modern amenities and design with visual reminders of the school’s past football achievements. Players have space and privacy, and they have the luxury of athletic facilities that feel more professional. ESU expects the impact of these upgrades will be felt in recruitment, retention, and the program’s ability to build championship-winning football teams decades to come. 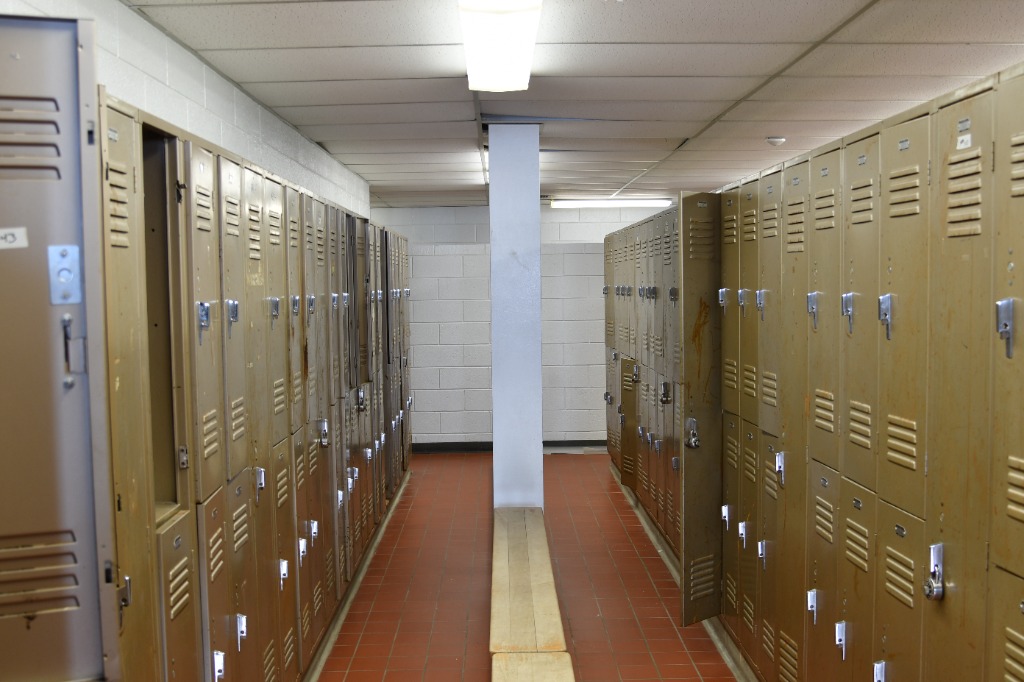 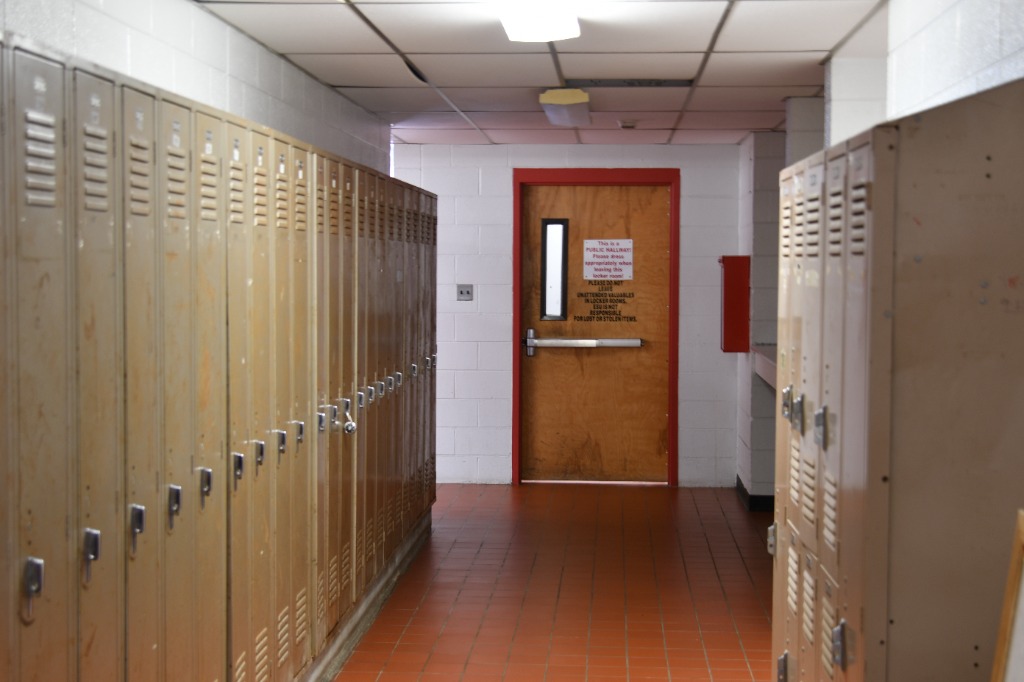 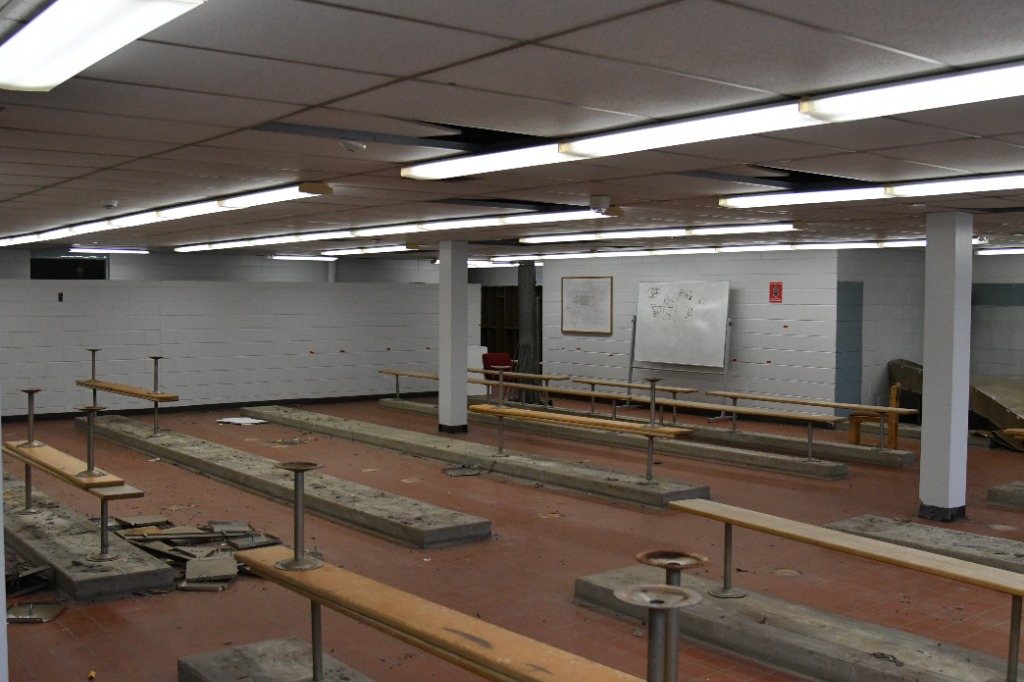 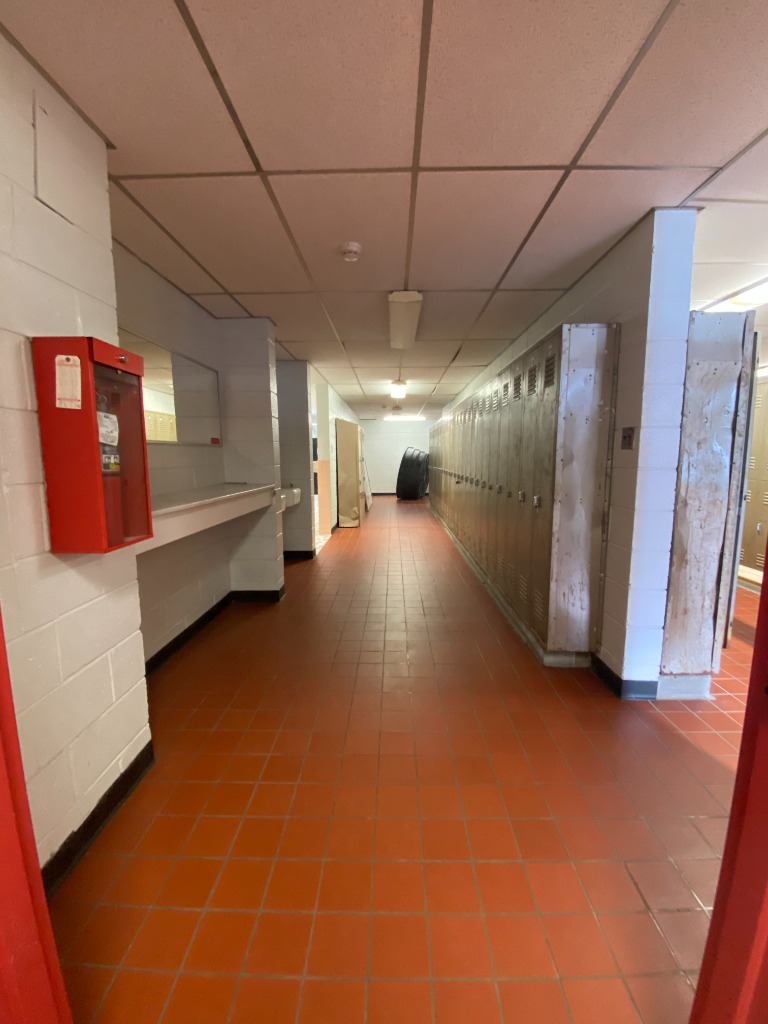 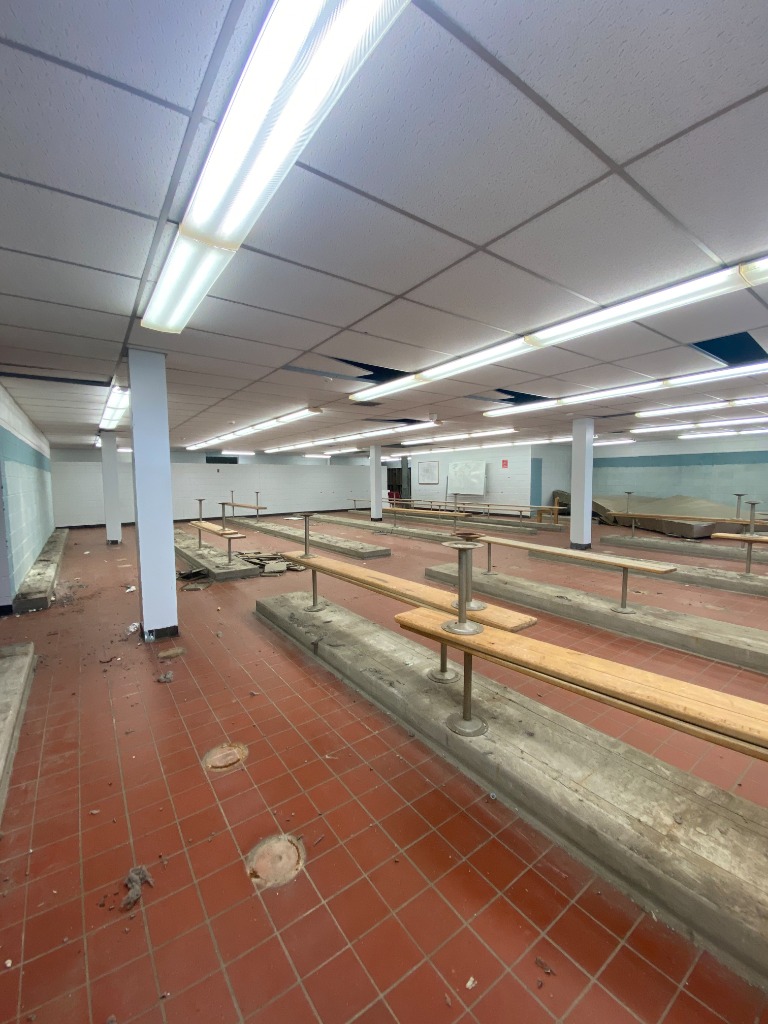 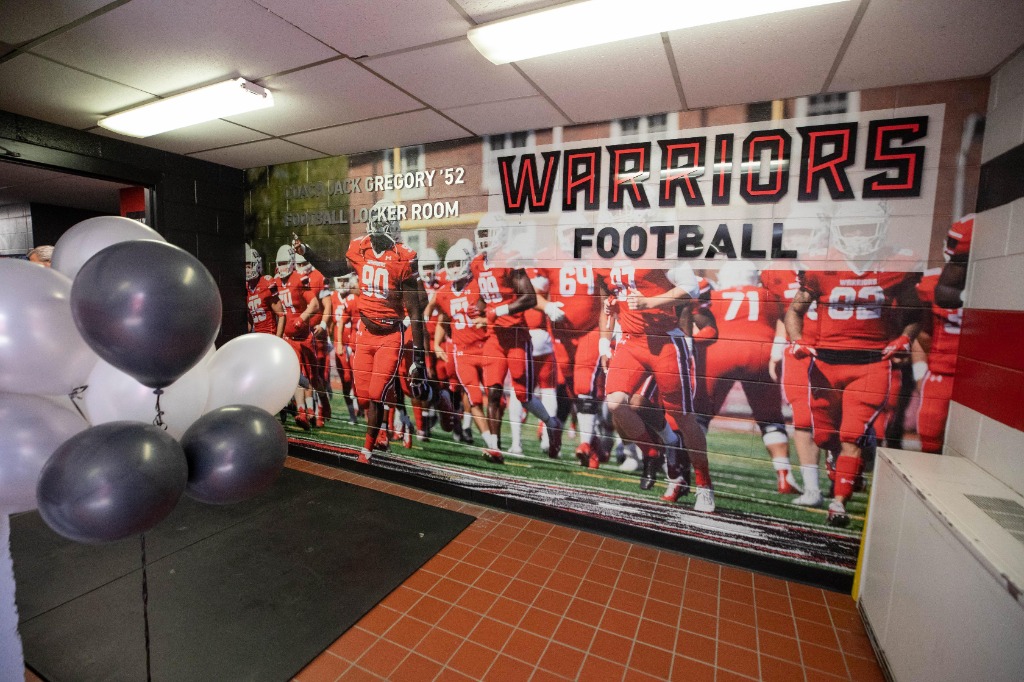 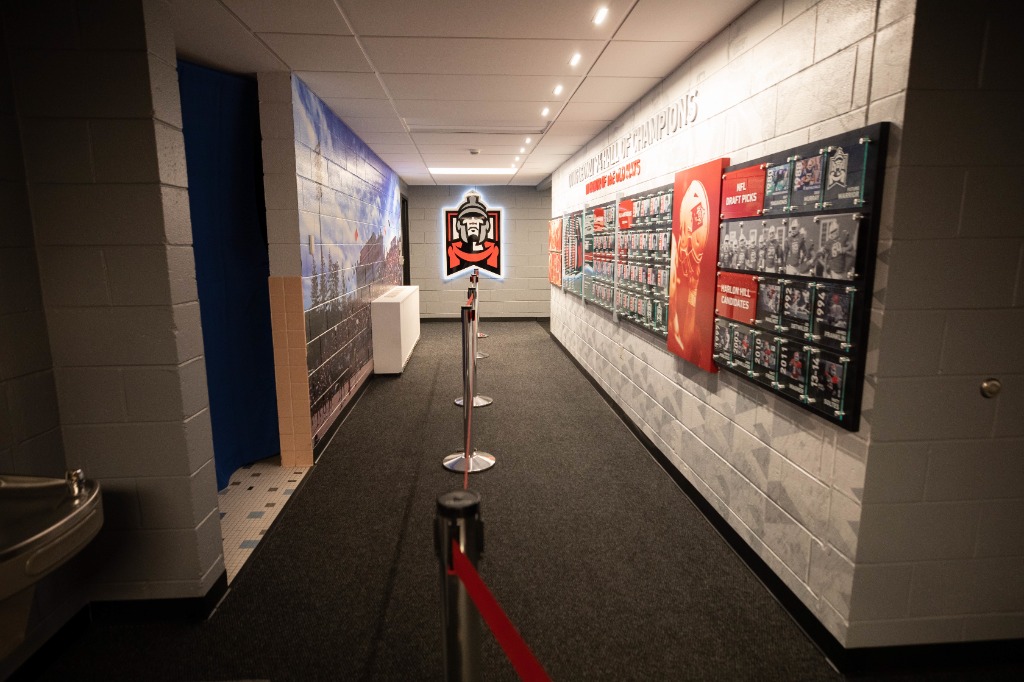 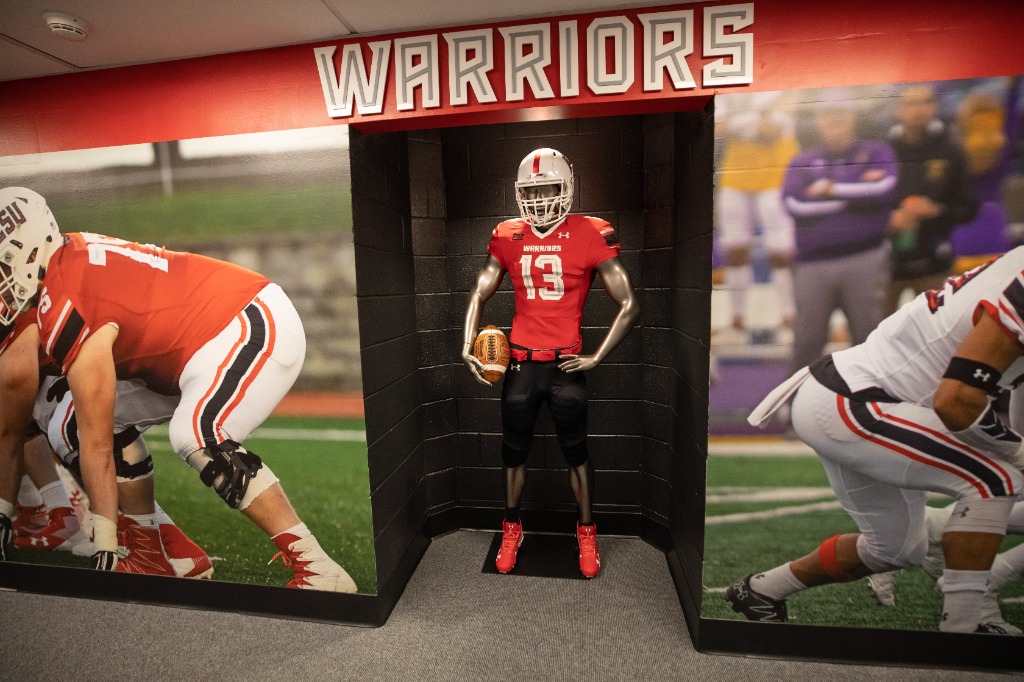 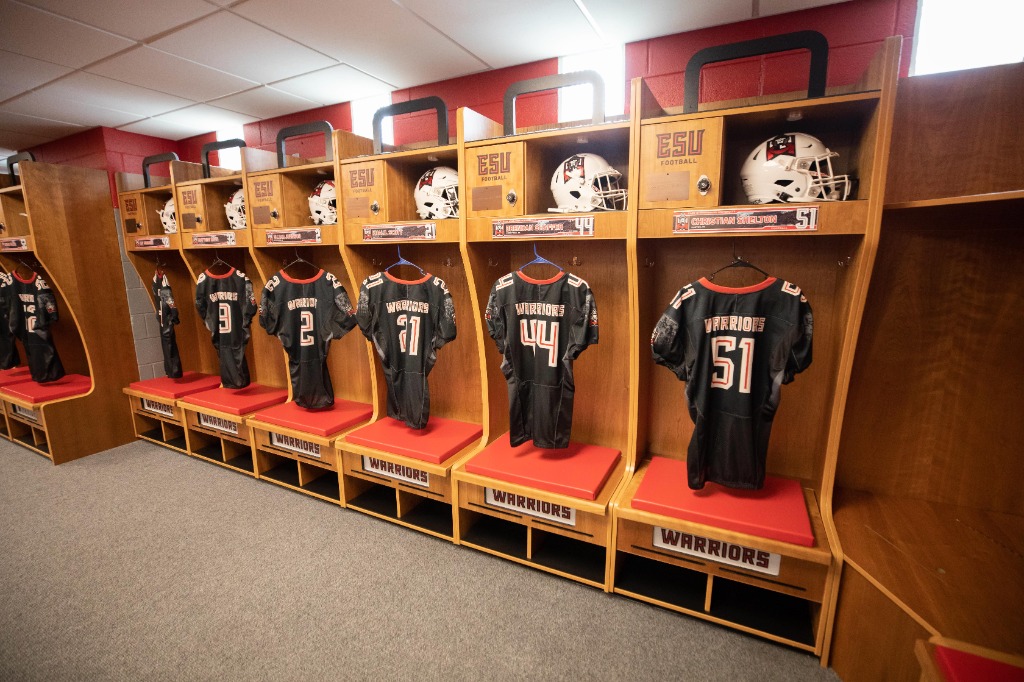 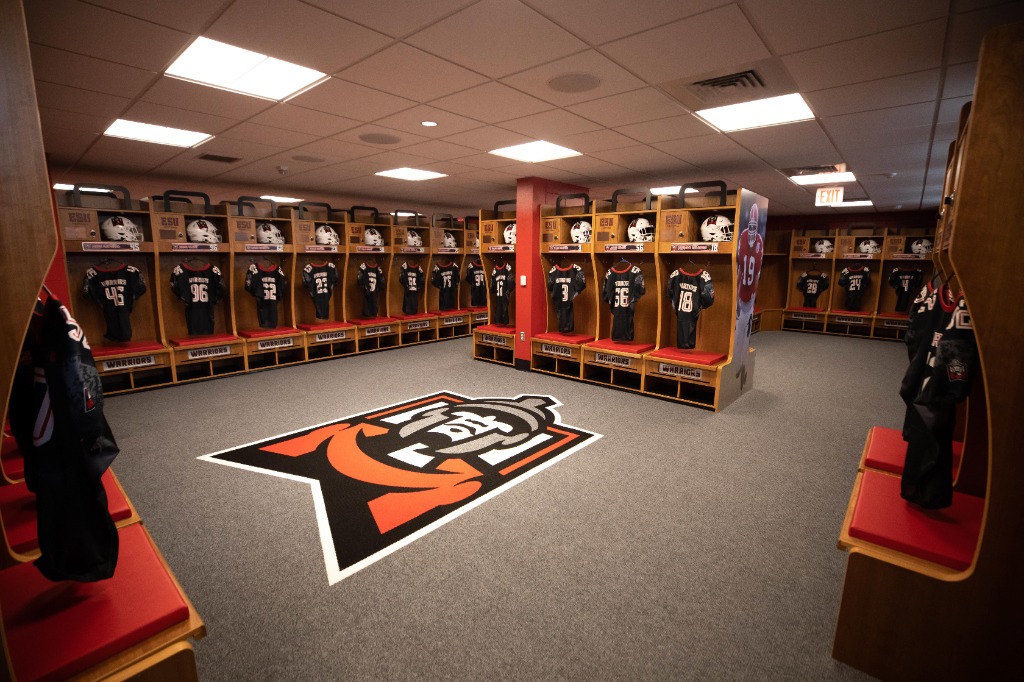 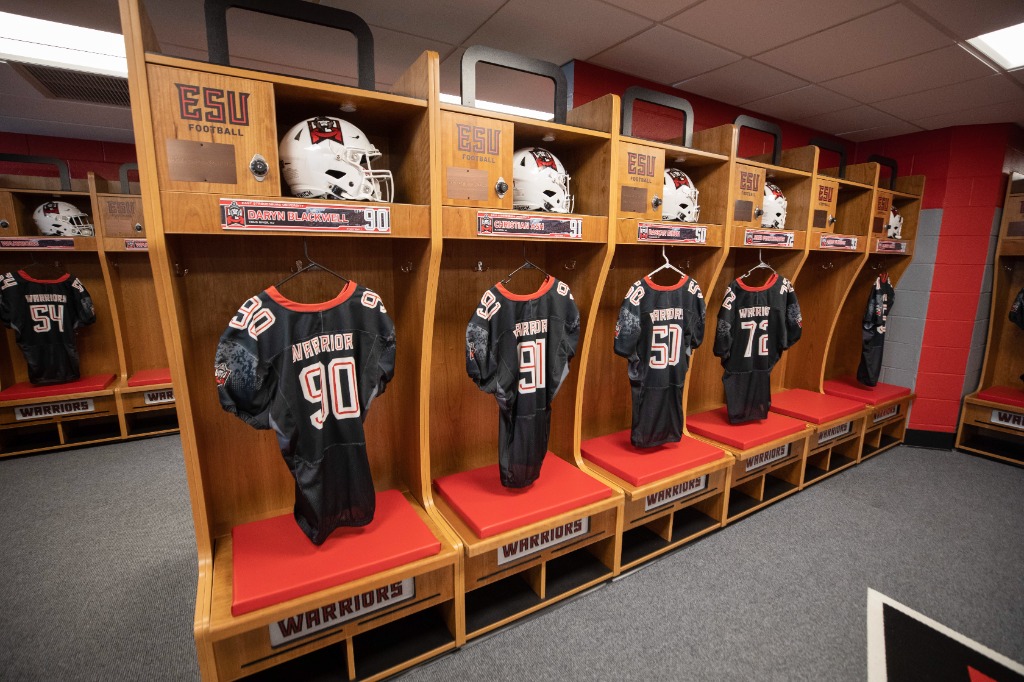 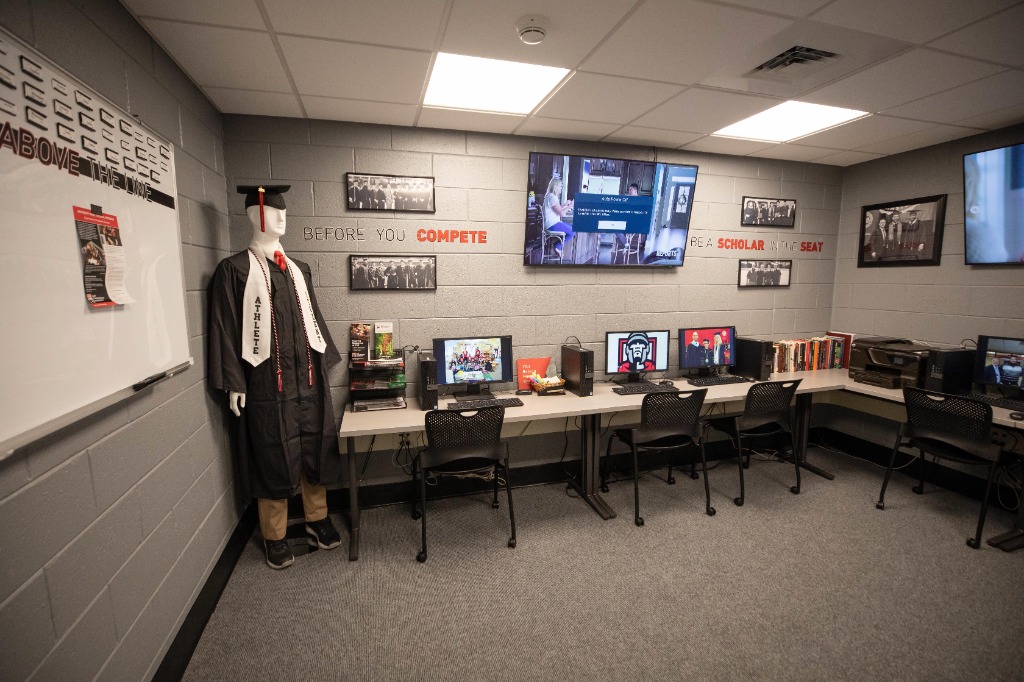 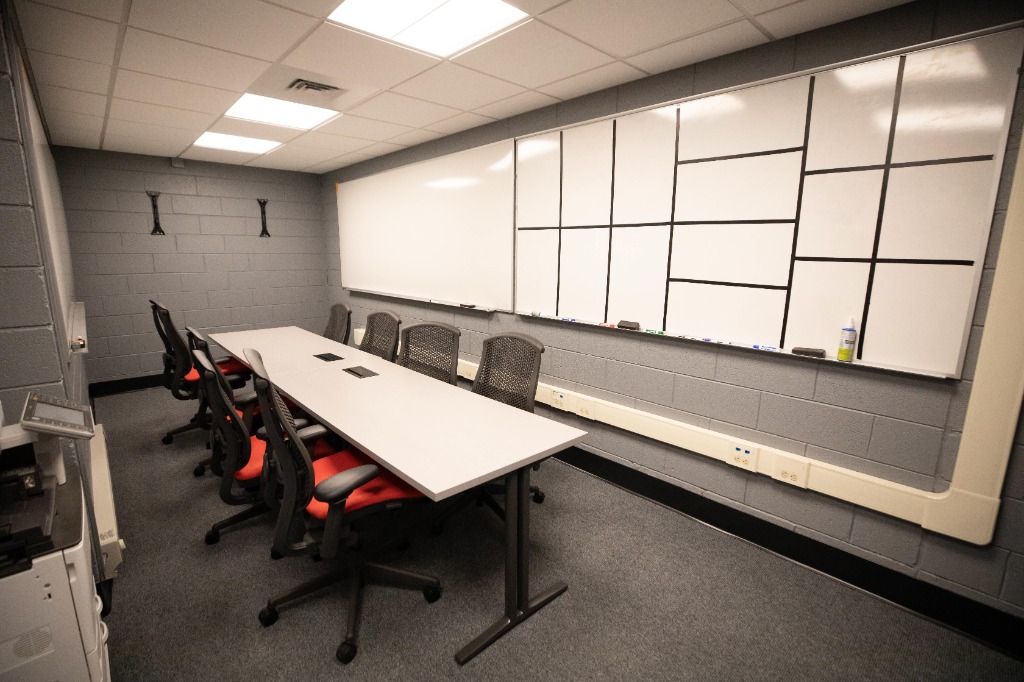 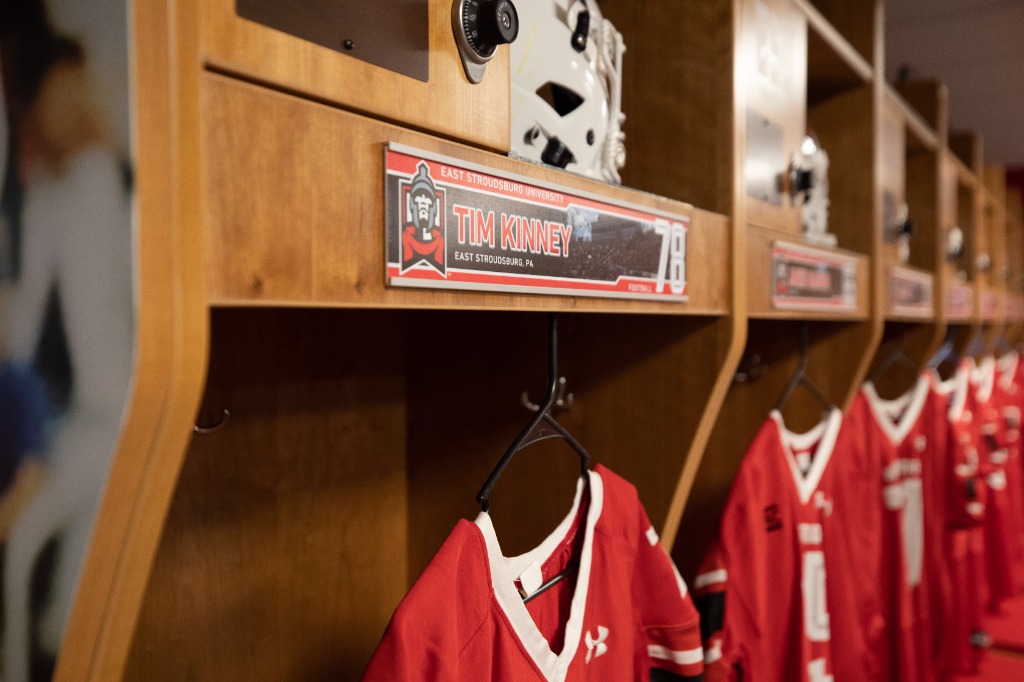 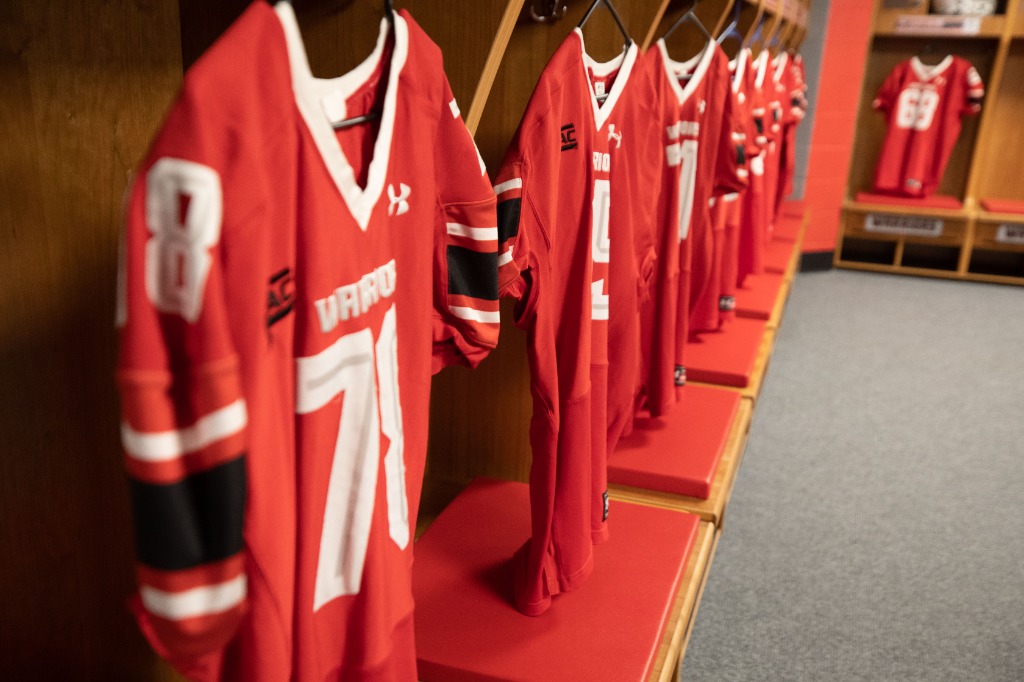 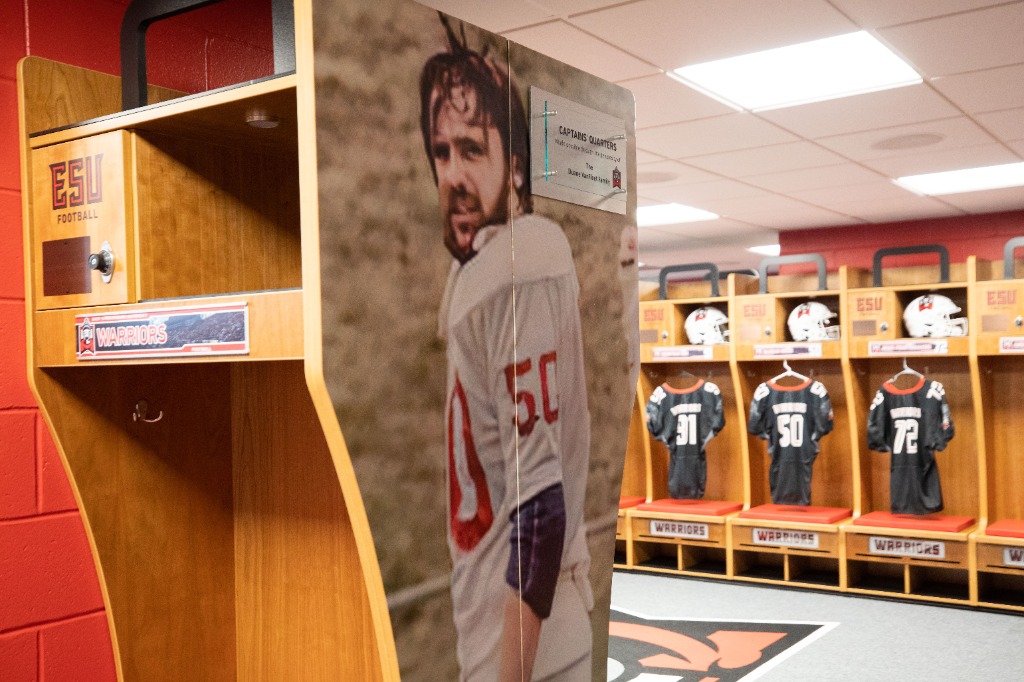 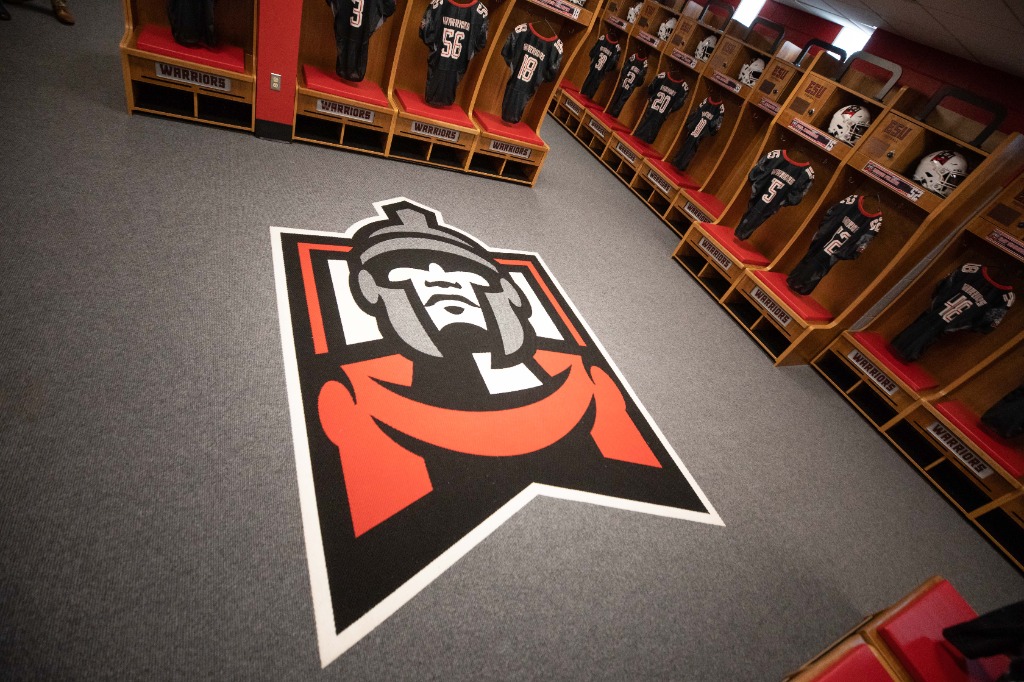 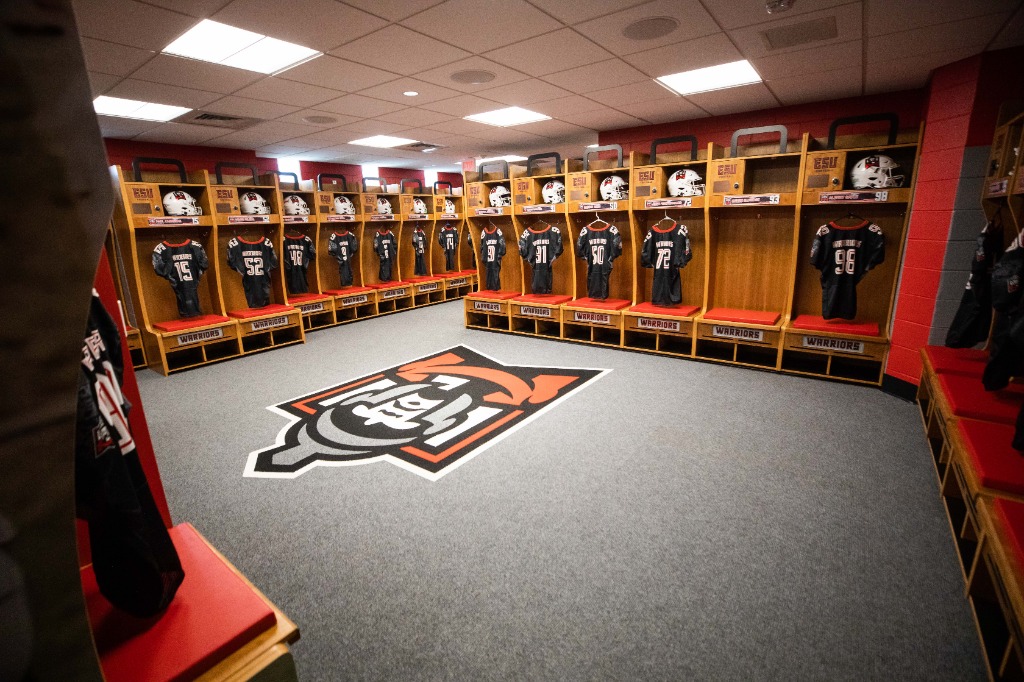 Embrace the Power of Your Locker Room